A recent exchange between Rod Dreher and John Goerke has highlighted some concerns I’ve had for some time regarding the so-called “Benedict Option” of cultural engagement (or disengagement, depending on how it’s understood). My sneaking suspicion, and what I argue in this essay, is that the Benedict Option, at least as defined by Dreher, doesn’t really exist.

Last December, Dreher profiled two examples of the Benedict Option in The American Conservative: Clear Creek, OK and Eagle River, AK. Goerke responded on Monday at Crisis Magazine by critiquing these examples, claiming that they do not truly qualify for what MacIntyre envisioned when he closed After Virtue with his claim, “We are waiting not for a Godot, but for another—doubtless very different—St. Benedict.” Goerke writes,

Is this the Benedict Option? The answer is: no. First and foremost there is the obvious point. The members of Clear Creek and Eagle River are not monks. Their lack of organized prayer life betrays this fact. While the laity of the Church may be confused as to the nature of vocation, they ought to know that a married man, such as Mr. Andrew Pudewa, is not called to live out a monastic life. Simply storming the altar and reciting the Eucharistic prayer does no more to turn a man into a priest than does moving next to an abbey turn a man into a monk, much less a Benedictine. To paraphrase a great man, standing in a garage doesn’t turn you into a car. If taking the Benedict Option means a strict imitation of Benedict’s move to the wilderness, then it is an option to be taken only by monks.


Goerke further elaborates on the central place of prayer and work in the Benedictine life, arguing, “Rather than retreat, the father of monasticism ran, and ran forward, with all due haste to his, and our, Father.” Thus, to Goerke, Dreher’s account of his two “Benedict Option” communities does not fit the bill.

Dreher was quick to point out, however, that Goerke had misunderstood him: “As MacIntyre said, we await a new and very different St. Benedict—one who can teach us all how to live amid narrative collapse. As a Christian, I expect that a new Benedict, or new Benedicts, will find a way to make the old story live amid the ruins of postmodernism.”

To Dreher this task is urgent, apocalyptic even. He predicts a coming “Endarkment” of narrative collapse in our culture. This, it should be noted, also comes from MacIntyre: “What matters at this stage,” he writes, “is the construction of local forms of community within which civility and the intellectual and moral life can be sustained through the new dark ages which are already upon us.”

“When I talk about the Benedict Option,” writes Dreher,

I don’t mean—or don’t mostly mean—a physical retreat to a quasi-monastic community, but rather an intentional and thoughtful retreat into narrativity, by which I mean a reclaiming of the church’s story, inculcating commitment to it within the lives of its members, in defiance of the narrative collapse around us. To achieve this, one must be aware of the conditions in which we live, and under which we are raising our children.


The “conditions” would be the “new dark ages,” which according to MacIntyre “are already upon us.”

For my part, I am still sympathetic to Goerke’s critique, but actually I don’t think it goes far enough. St. Benedict died in the fifth decade of the sixth century. Yet as Owen Chadwick noted, it was not until the early ninth century, and that due to strong papal support, that the Rule of St. Benedict became the standard rule in the Frankish Empire. Until that time, the dominant rules were often Celtic, especially the Rule of St. Columbanus, as well as a strong influence from St. John Cassian, St. Basil the Great, and the fathers of the Egyptian desert.

And the Celts, importantly, were not retreating from the world but rather from Ireland in feats of what they termed [Edit 8/13/2014: "green martyrdom" should be peregrinatio, and this term comes more from scholars than the Celts themselves], missionary exile as ascetic discipline. If Thomas Cahill is even half-right, the Irish played just as much a part in saving civilization as the Benedictines, if not far more so. Far from a retreat, their approach was quite confrontational (as was St. Benedict’s, as Goerke points out).

He reproved by word and writing the tyranny of queen Brunehild (or Brunehauld) and the profligacy of her grandson Theodoric (or Thierry II.); he refused to bless his illegitimate children and even threatened to excommunicate the young king. He could not be silenced by flattery and gifts, and was first sent as a prisoner to Besançon, and then expelled from the kingdom in 610. 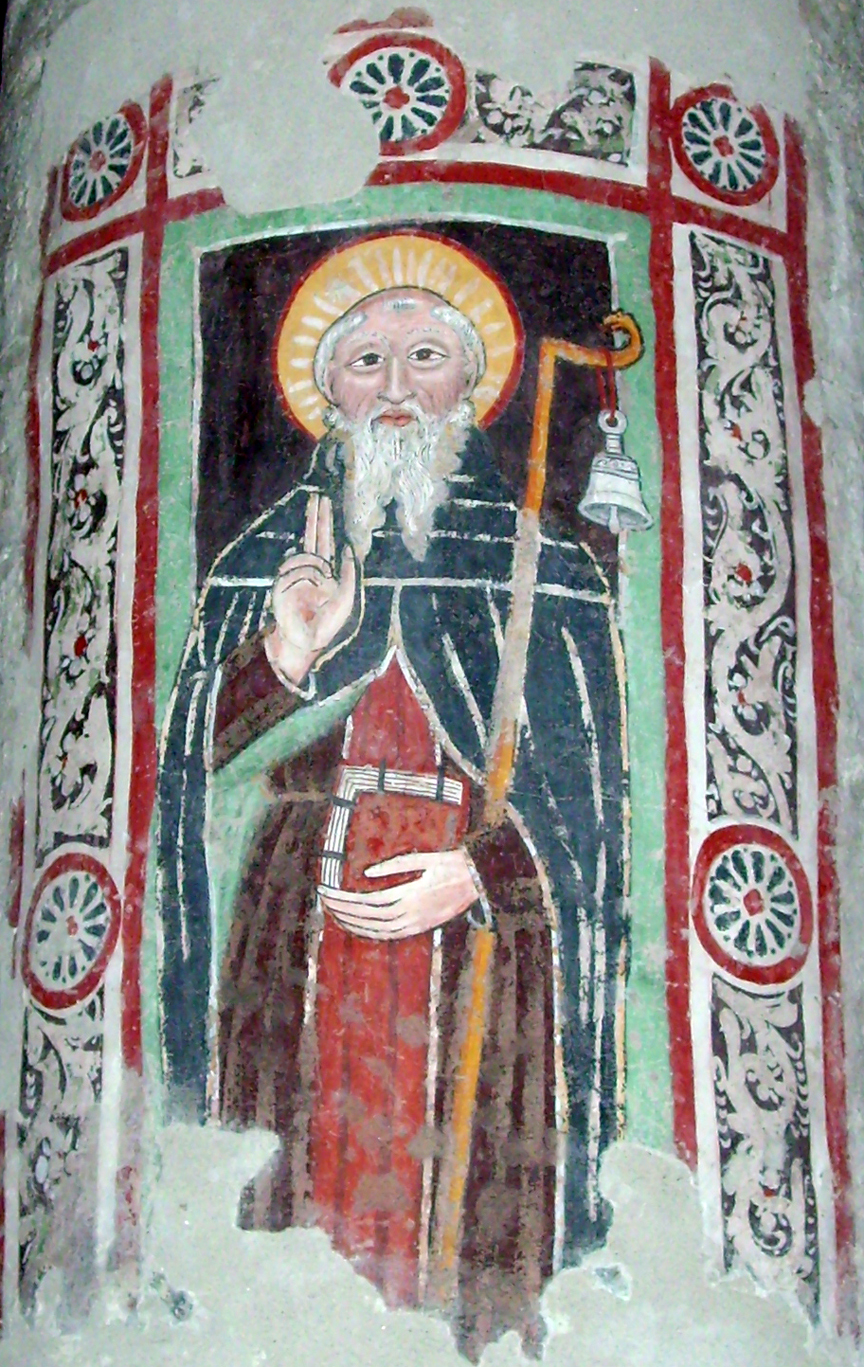 Later, in Zurich, “His preaching was accompanied by burning the heathen idols.” While I would not necessarily condone every aspect of St. Columbanus’s approach, it is fair to characterize it as a mixture of austere asceticism, charismatic personality, and direct engagement that proved effective in evangelism.

Thankfully, we need not wait for a “new and very different” Irish people as the Irish are still with us. Indeed, the equal respect accorded to Roman Catholics in the United States today is the result (in large part, at least) of a hard-won, confrontational battle of Irish immigrants to carve out an equal place in American society for their children and their cultural and religious heritage (see, e.g. Dagger John). Perhaps traditional Christians looking to preserve a moral culture today have more to learn from them.

If that is not enough, however, it must additionally be noted that the Dark Ages themselves did not actually exist. Even if they did, I would still object to the comparison, but no medievalists worth their salt would seriously use the term anymore. Certainly Rome was sacked (and, importantly, saved by the pope), and that did cause serious political instability, but the idea of an intellectual Dark Ages is an Enlightenment myth.

Thus, St. Benedict and the Benedictines did not save Western civilization from the Dark Ages. St. Benedict’s Rule had only just gained ascendance by the latter half of what is commonly referred to as the Dark Ages today, and even so, they were not nearly as dark as they are often portrayed.

Furthermore, no doubt Dreher is right that much can be learned from the intimate, semi-liturgical community life of places like Eagle River and Clear Creek. I’m just not convinced that one cannot “retreat into narrativity” just as well in New York City. Ascetic and liturgical living is for everyone, not just a few small towns and monasteries.

But waiting for “a new and very different St. Benedict”? Well, that may as well be waiting for Godot. So far as I can tell, neither of them is coming.

Ashes in a Time of Covid

We, Who Cannot Walk Away