In Querida Amazonia, Pope Francis continues the push for an “integral ecology” which he began in Laudato Si. Being good stewards of God’s creation extends beyond the way we treat the environment--it has to do with promoting the dignity of the human person in accordance with the design of the Creator.

Few secular environmentalists recognize the inherent link between the deterioration of the environment and the deterioration of gender relations. This manifests in extreme forms of domination and machismo, primarily of men over women. But we also see the opposite extreme in the claim that the gender binary is a false construction that ought to be dismantled.

The Pope draws a connection between these and various other forms of disregard for God’s creation in Laudato Si.


It is enough to recognize that our body itself establishes us in a direct relationship with the environment and with other living beings. The acceptance of our bodies as God’s gift is vital for welcoming and accepting the entire world as a gift from the Father and our common home, whereas thinking that we enjoy absolute power over our own bodies turns, often subtly, into thinking that we enjoy absolute power over creation...Also, valuing one’s own body in its femininity or masculinity is necessary if I am going to be able to recognize myself in an encounter with someone who is different. In this way we can joyfully accept the specific gifts of another man or woman, the work of God the Creator, and find mutual enrichment. It is not a healthy attitude which would seek “to cancel out sexual difference because it no longer knows how to confront it”. (LS 155)

The Pope continues to address the importance of gender differentiation in Querida Amazonia. He begins his section on “The strength and gift of women” by recognizing the women who have “kept the Church alive” in regions of the Amazon where “no priest has come their way, even for decades” (99). He expressed how moved he was by the witnesses given by many Amazonian women at the Synod.

As buzz built up in the popular media over the question of women’s ordination to the diaconate, the Pope’s approach to these questions transcended the polemical platitudes taken on by the “right” and “left.” Instead, he chose to step back and “broaden our vision, lest we restrict our understanding of the Church to her functional structures.” This isn’t a matter of giving women more power in the Church, nor of “keeping them in their place.”

He clarifies in an earlier section on the Eucharist and Holy Orders that “the priest is a sign of that head and wellspring of grace above all when he celebrates the Eucharist...That is his great power, a power that can only be received in the sacrament of Holy Orders.” He cites John Paul II, who acknowledged that while the priesthood “is considered ‘hierarchical,’  this function is not meant to be superior to the others, but rather is ‘totally ordered to the holiness of Christ’s members’. When the priest is said to be a sign of ‘Christ the head’...he is the head of the Church because ‘he has the power of pouring out grace upon all the members of the Church.’” (87-88)

He corrects those “who think that what distinguishes the priest is power, the fact that he is the highest authority in the community,” and warns against an attitude that “functionalizes” the “power” of the priest. This is why he sees the diaconate and priesthood as something that’s not just “closed off” to women. Instead, the idea that ordaining women would afford them more agency in the Church “closes us off” to what John Paul II would call their unique feminine genius.

Further, the argument that “women would be granted a greater status and participation in the Church only if they were admitted to Holy Orders...would in fact narrow our vision; it would lead us to clericalize women, diminish the great value of what they have already accomplished, and subtly make their indispensable contribution less effective” (100).

This complementarian approach to feminism is concerned with promoting the agency of women in a way that respects their particular dignity. This is the kind of “New Feminism” that John Paul II called for in his Letter to Women, and which St. Edith Stein laid the foundation in her seminal Essays on Women.

The seemingly gnostic trend in secular waves of feminism tends to bypass the “flesh,” the concrete, particular differences that make women and men unique. This disregard for creation is yet another dimension of the apathy toward the environment demonstrated by large corporations who carelessly plow through the Amazon region, destroying its precious resources. It is this gnostic tendency which drives the ever-growing “technocratic and consumerist paradigm that destroys nature and robs us of a truly dignified existence” (46).

The correlation between this technocratic/consumerist paradigm and the value of sexual differentiation lies in the unwillingness to accept anything as “given.” The fact that God created male and female, with equal, but unique dignity, is beyond the apprehension of a culture whose mentality is to control, consume, and morph reality to conform to its whims. It furthers the idea that differentiation is inherently implicated in a structure of power, as opposed to a dynamic of loving communion.

This attitude drives the notion that masculinity represents power, and that power is supreme. Therefore women, to have more agency, should act like men, and should downplay what makes them a woman, on both the physical and psycho-spiritual levels.

Francis returns to the imagery of Christ as Bridegroom and the Church as His Bride to shed light on the contribution of women in the Church.

“Jesus Christ appears as the Spouse of the community that celebrates the Eucharist..This dialogue between the Spouse and his Bride...should not trap us in partial conceptions of power in the Church.” (101)

Though the priesthood is a reflection of Christ the Bridegroom, and thus is a “fatherly” calling reserved for men, we all--men and women--are called to act as Christ’s Bride, taking on a receptive, feminine role in our relationship with Him. This is precisely one of the many reasons why women’s genius must be valued in its uniqueness and not be collapsed into male vocations. Women educate us all to this receptive dimension of the human condition.

“Women make their contribution to the Church in a way that is properly theirs, by making present the tender strength of Mary, the Mother...In this way, we will fundamentally realize why, without women, the Church breaks down, and how many communities in the Amazon would have collapsed, had women not been there to sustain them, keep them together and care for them. This shows the kind of power that is typically theirs.” (101)

COVID-19: The Church Can Be Proactive & Peaceful 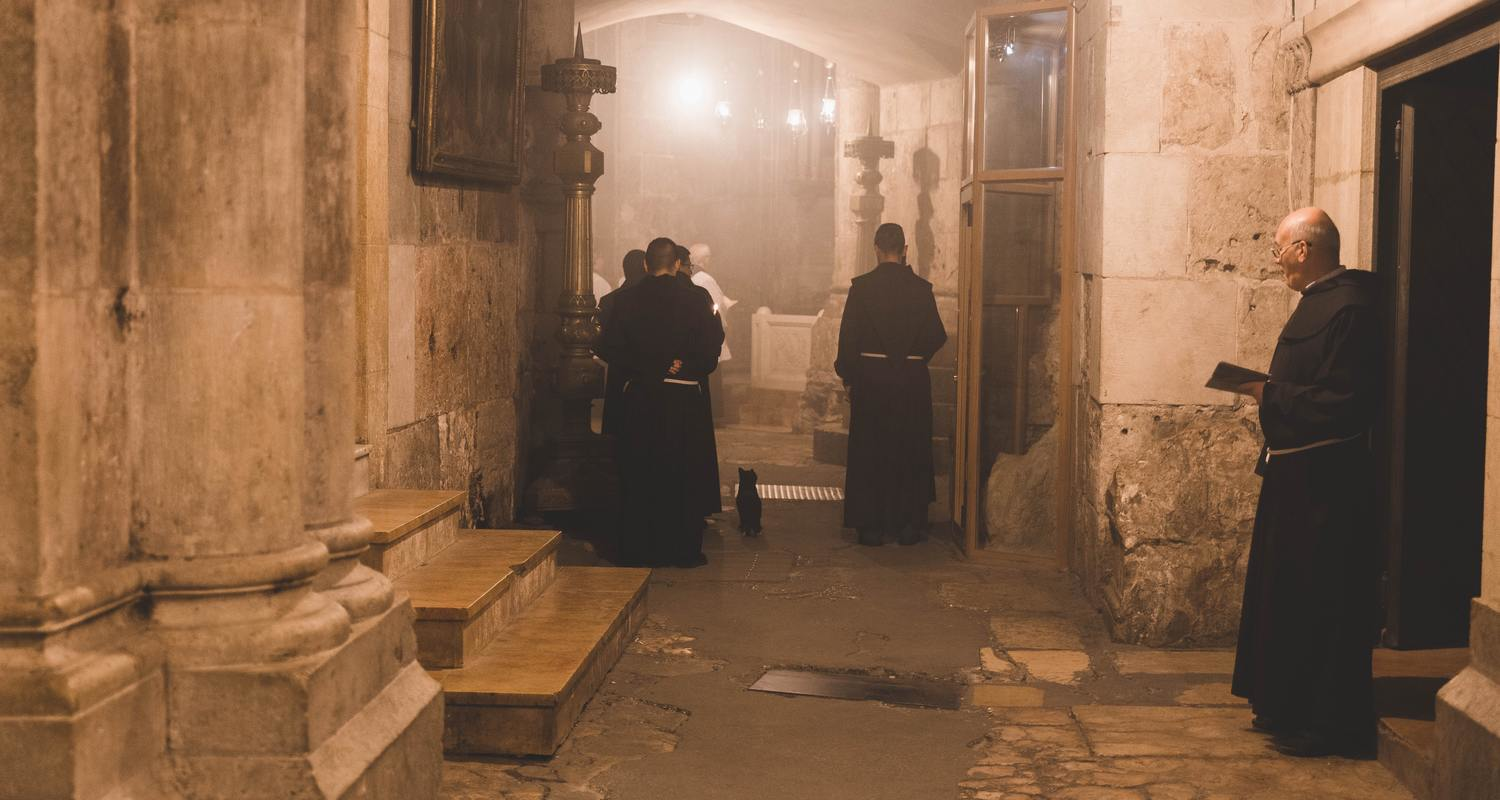 Holiness in an Unholy Time