About Donate
The world

One of the beneficial effects of the Supreme Court’s November 25 decision in Diocese of  Brooklyn v. Cuomo  (the decision striking down Governor Cuomo’s imposed caps of 10 or 25 congregants in certain church/synagogue services) was that it was handed down in the middle of the night just before Thanksgiving.  America’s Thanksgiving weekend kept the story mostly out of the commentariat’s cycle: the first real long knives didn’t come out until the following Monday.

Apart from the favorable outcome, the decision (and ensuing commentary) raised a variety of important points that deserve to be set in sharper relief and subjected to broader discussion.

The most important of those points is, in fact, a red herring: to what should we compare religious services?  Critics of church closures contrasted pictures of long lines at checkout counters in grocery stores versus empty seats in cavernous cathedrals.  So, is a church like a supermarket (perhaps where you can indulge your dogmatic “cafeteria Christianity” at the religious salad bar)?  No, says the state.  Churches are more like theaters.  People go in and out of grocery stores quickly (apparently, the Governor’s not gone to Home Depot on a Saturday), but they linger in churches like in movies.  (Perhaps my Evangelical friends linger.  Most Catholic parishes have celebrate-Mass-and-evacuate-the-parking-lot down to a fine-tuned hum).

Let me suggest the entire paradigm is misguided.  I use the word “paradigm” deliberately because, as Thomas Kuhn has shown, it is the frame into which we insert reality that often determines how we look at it.

It was Alasdair MacIntyre, I believe, who made the observation that Immanuel Kant’s famous “Categorical Imperative” – that an ethical rule was not an ethical rule unless you could universalize it – was not as daunting as it first seemed.  In fact, the categorical imperative proved an impediment only to those dull or dumb enough not to formulate their “universalizable norm” in such a way that it let me but not thee.

The same might be said analogously for the “grocery store v. theaters” debate: depending on how you framed your analysis led to justifications for contradictory conclusions.  It reaffirmed one of the guiding principles of my life: always do the first draft because, given human inertia, most of it is likely to stick.

The paradigm, however, is wrong.  The issue before the Supreme Court is not whether a church is “like” a grocery store or a theater, but whether there is a Constitutionally guaranteed protection for religious institutions that set them apart from either of their supposed analogues.  As the late Richard Neuhaus indefatigably observed, there is: the very first right enumerated in what is the very First Amendment to the Constitution protects free exercise of religion.  There is no analogous protection for either grocery stores or theaters (although a California judge, stretching “freedom of speech” to the breaking point, ruled that state could not close down strip clubs without infringing on it, causing an evangelical pastor ostentatiously to remove his tie before preaching and thus declare this congregation a temporary “strip club” exempt from Golden State COVID attendance quotas).  Religious institutions are Constitutionally sui generis.  They should not need to be “like” anything.

(Let me add, in response to a commentator, that I insist free exercise of religion is the first right enumerated in the Constitution.  Neuhaus also persuasively argued that the non-establishment clause, which precedes the free exercise clause, in fact protects free exercise and is thus a means to that end.  Non-establishment preserves free exercise by preventing establishment of A RELIGION, not by demanding the government to ignore at best and disadvantage at worst ALL RELIGION).

Built into the “a religious institution is like…” red herring is another smokescreen: the “essential” test.  Critics of Cuomo retort, “well, do you want to close down all grocery stores?”  Their critics, in turn, go back to the comparisons game in an effort of reduction ad absurdum: “well, is an alcohol shop essential?  A bike shop?”  Then we get all sorts of contorted replies: “well, if I don’t want to use the subway and a bike is my only way of getting around, repairs are essential, but you can watch services on Zoom.”

Eliminating the first red herring—“a church is like …” makes addressing the second red herring unnecessary.  It saves us from having to go down rabbit holes about “essentialness” – where one person’s “essential” is another’s discretion.  That said, two caveats about the “essential” argument: (i) those who pursue it seem to assume that “man lives on bread alone” (or at least those are the only values Caesar can take cognizance of) and (ii) “real” believers can “worship in spirit and truth” in their bedrooms, heads, or on Zoom.

Regarding the first: while Maslow recognized we fulfill our bodily needs first (we are, after all, corporeal-spiritual creatures), this position regards any need other than an animal, physical one as discretionary.  That says a lot about our culture, one certainly alien to the ethos in which our Constitution was written.  Regarding the latter: it is amazing how those who are generally less religiously committed arrogate the claim to characterize what is “real” religion and how “true” worshippers might do so.  It usually results in attenuating a robust right of “free exercise of religion” to a shriveled right of freedom of “belief.”  You can “believe” anything you want in your own head, as long as you do not act on it (and increasingly dare not speak it).  That notion, too, has a certain elite following and could, very well, be an issue in the next Congress.

Real “free exercise of religion” protects religion from having to be “like” some other special interest or justify its “essential” nature.  It also protects religion from others—from professedly noble or less noble motives—determining how to exercise it.  The whole purpose of Constitutional protections is to remove certain questions from majoritarian decision because they are protected not on the level of “power” that established a “narrative” but of principle that we all subscribed to as part of our Constitutional commitments.

Kuhn’s Structure of Scientific Revolutions tried to make the point that the mental frames into which we put our way of envisioning issues has a limiting function: we have to “reframe” our way of looking at things better to grasp complex realities, slough off inertia (and dead-ends) and make progress.

Our judicial paradigm for looking at religious freedom issues in cases where public good is at stake has implicitly borne certain assumptions from post-1947 jurisprudence about the supposed need to for a “naked public square” as prerequisite to guaranteeing religious freedom in a religiously diverse society.  Those assumptions assumed that a wholly secular public life was possible, even desirable, and Constitutionally mandated.  The real life consequence has been that such “freedom of religion” has generally been an enemy to the concrete exercise of religious freedom, with the Court having to serve as perennial referee over how the claims of religion (which it reduces to just another special interest) can be adjudicated against the claims of other interests.  (While those cases ostensibly were about whether the executive could or could not make those distinctions, in reality the Court’s thinking guaranteed it would eventually have final says).  That thinking was on display earlier this year in South Bay United Pentecostal Church v. Newsom and Calvary Chapel Dayton Valley v. Sisolak, similar challenges to COVID-inspired gubernatorial infringements on religious freedom.

That the Court moved beyond its cramped vision in those two cases (with the Chief Justice partially kicking and screaming) suggests a paradigm shift that could speak well for the Constitutionally protected right of free exercise less encumbered by the man-made (judge-made) tests of scrutiny and comparison that in the end eviscerate the essence of the right.  Bring the paradigm shift on!  In the meantime, a healthy social debate also seems necessary.

A Shared Bloodline of Martyrdom

Two Approaches to the Future of Conversatism 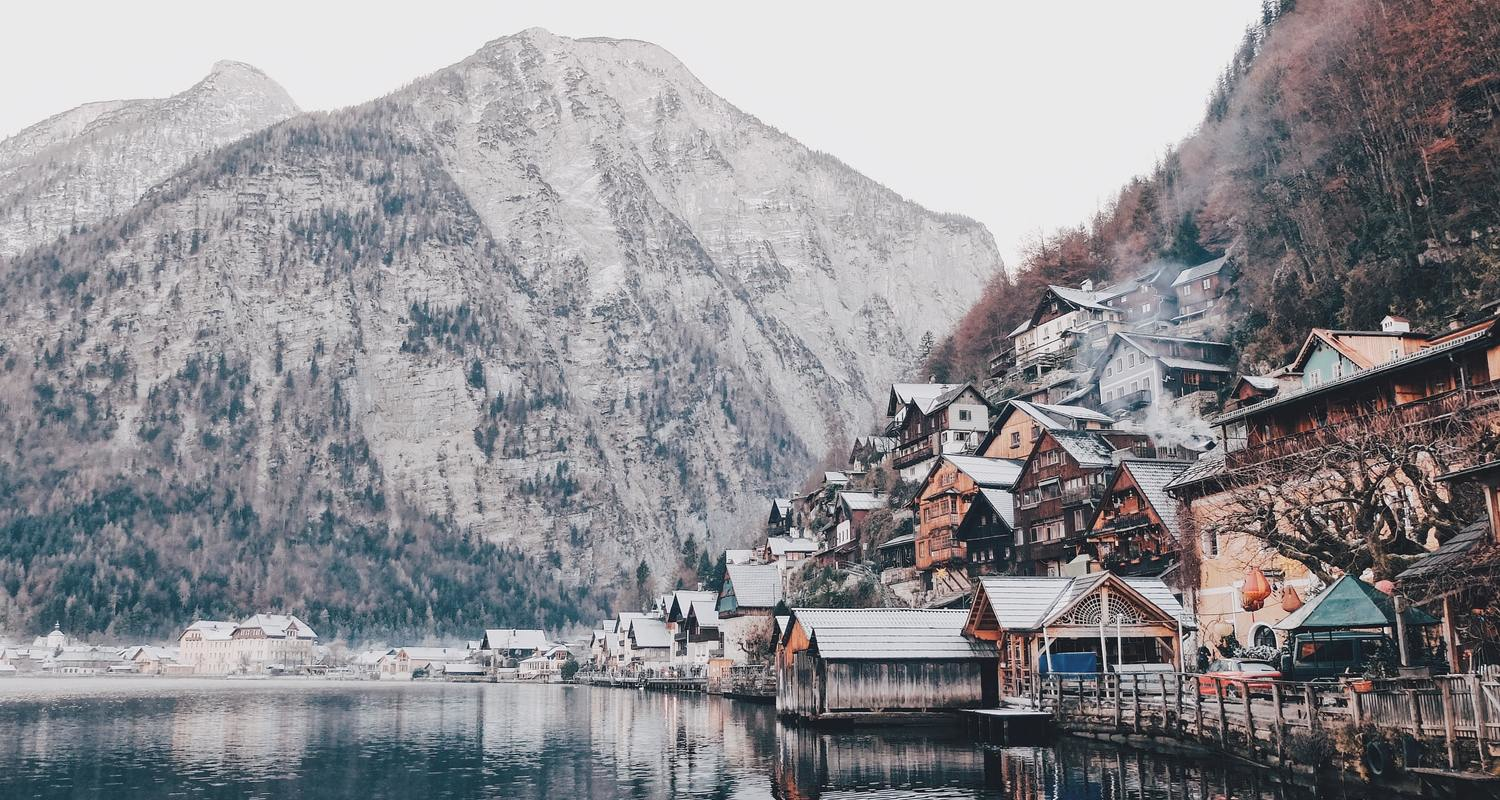 Truth vs. Conscience: Against Alan Jacobs’ Defense of A Hidden Life